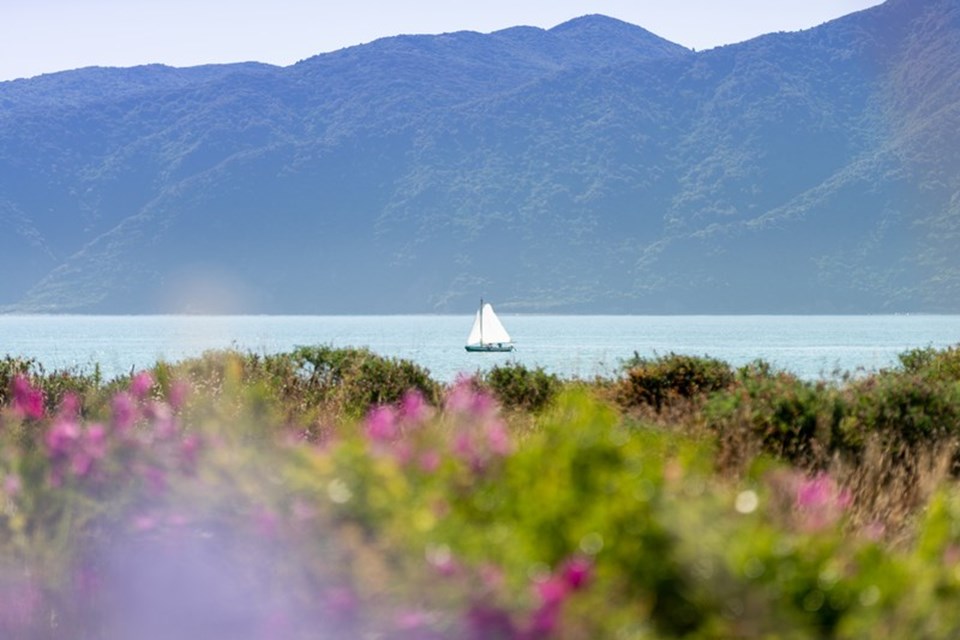 Today, Big Boat Man and I were taking care of some chores we had been putting off. We have a car which is perfectly good except for a CVT issue which was covered by the manufacturer overseas, but not in New Zealand. Long story short, our mechanic told us to sell it as fast as possible when he thought he had found the problem. Originally he said it would take about $2-3,000 to fix. When he realised that he hadn’t talked us out of repairing it (we love the car), the talks turned to $5,000 + to repair. We realised he simply didn’t want to be bothered. Typically of the Kapiti Coast, BBM knew someone who knew someone who repaired cars for extra cash in his back yard. He accepted the towed vehicle and returned it to us in good working order for about $1200 all up.

Many months later, I parked the car on a slope. The car stopped working and we parked it up until we could get the car back to the mechanic. Today was that day. BBM arranged a car trailer and we prepared to use the winch to pull the car up onto the trailer. After some fluffing around, BBM decides to try to start the car by helping the battery with a charger. It starts on the first turn of the key. We drive the car onto the ramp, drive it down the road to a car wash where we sprayed off the bird poop and leaves of the past few months. A friend who is an expert sailor wanders up and talks to BBM about our recent (long) day on the water. He mentions something which we should have figured out. Before tacking, we need to move the rudder to start the movement and get everything going the right way. THEN you release the jib and pull it round. Well, this is why we talk to friends.

We tow the car an hour up the road to the mechanic who is thrilled to get some more cash on the side. We note that it is driving with no problem; however there is a weird whirring noise. We mulled over what the noise could be, in the end shrugging our shoulders because it is not our’s to resolve, it is the mechanic’s problem.

I realise that BBM has to back the very long trailer right across the road so I jump out of the truck expecting to have to flag down traffic coming around the bend from the other direction. No one coming this way. No one coming down the road. I wave frantically for him to get a move on. Cars could come at any minute. As he backs the unit, I note that there would be no space for any vehicle to swerve around him. My neck is getting whiplash from looking one way and then the other. Then it hits me. This is a tiny seaside town where we can’t even get a sit-down lunch menu. There are no cars coming because the first car I saw was the only one on the road during their busy lunch hour. By the time BBM straightens the truck neatly along his side of the road and I jump in beside him… there have still been no cars.

We consider stopping for lunch on the way home, but we are both tired by now and just happy to have the task done. We are both still recovering from a virus and we are in the mood for comfort food. We have just discovered that our favourite fish and chips shop also makes gourmet burgers. Who knew? We’ve gone there for years and never considered getting anything but fish.

So we order the American burger for BBM (two burgers, pickles, ketchup and mustard) and the Kiwi burger for me (beetroot and salad with a single burger). The woman laughs that we are each trying the other’s cuisine. BBM wonders over to the table and begins to page through the local newspaper.

I climb onto a tall stool and look over in time to see BBM jerk a bit and look up at me with a strange look. I climb back down and go over to see what is happening locally. Have the local council made another hash of something? Are they banning fishing off the beach or some such nonsense?

It is the first picture we’ve seen of our Dona Lucia on the sea. And they captured that picture on our very first day of sailing!

One thought on “Surprise in the fish and chips shop”