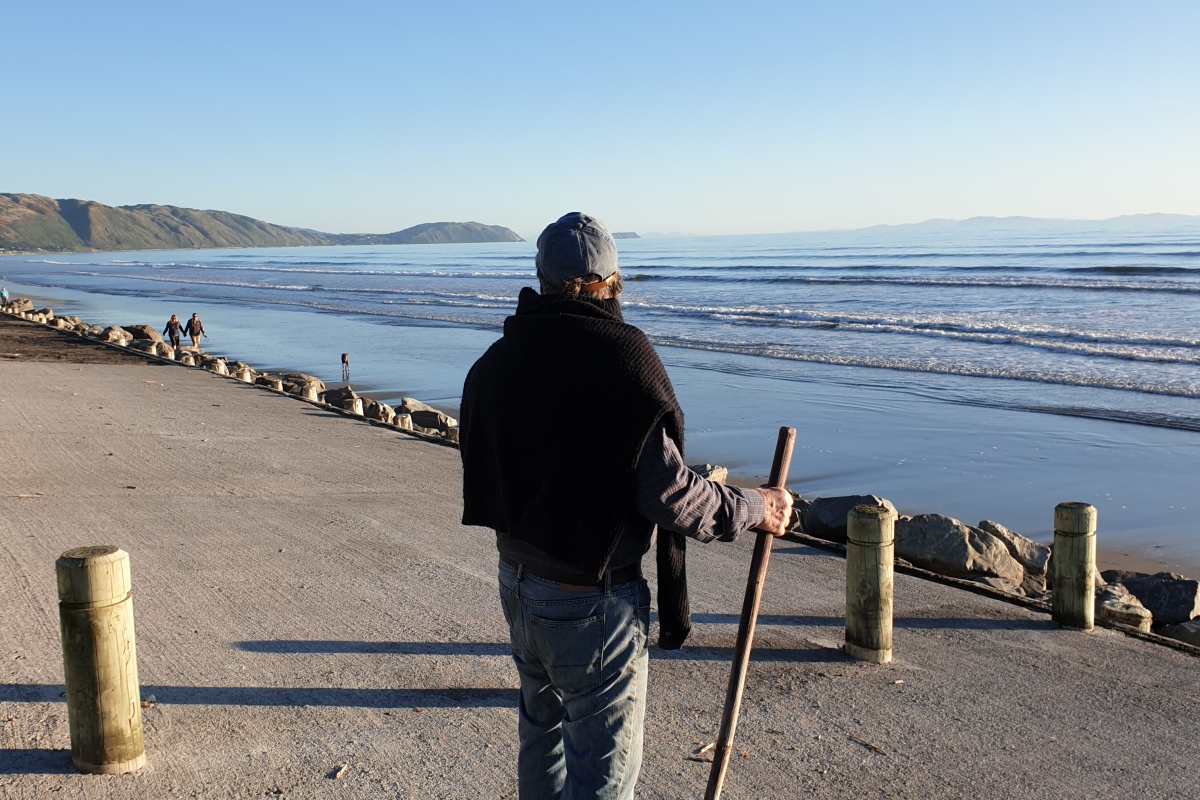 Big Boat Man has decided that his last boat wasn’t thought out enough. When it came time to ensure the wife was able to stay overnight on the boat while watching cray pots, he discovered the mast step was in an inconvenient place. The sleeping mats would not fit either side of it. The wife gets up in the middle of the night and so the Dona Lucia will remain a day sailor. Which is fine since we have come to an agreement with the local sailing club to bring the boat down each Sunday during sailing season so the young sailors can have some experience on her.

Having learned so much while building Dona Lucia, BBM frumped around the house, and thankfully over the covid lock down period he also had his man cave to frump in. After lock down ended, he went to the marine boat shop to ask whether they had longer oars for rowing. The 8.5 feet ones he had did a good job the day we required them, but they were not the ideal length for the boat. When the young manager asked the length, and sadly replied that they didn’t have them, BBM said never mind, he would make some. The young man perked up and said really? He had lots of people asking for longer oars but no suppliers locally. If BBM could make them, he could certainly sell them from his shop.

BBM came back home bragging that he had new career for his retirement – oar making. He said he could make them in a day. So he researched online and in books and found a calculation for thickness and ideal taper of oars. He began making a set for the dory but the correct measurements felt too light, and the oars are slightly bendy (!). So, this week he is building the second set of oars, slightly thicker and longer for the Dona Lucia. The oars look like a work of art and they aren’t even finished yet with the touch of paint to match the boat and leather for thole pins. This thole is described to me as a hole with a stick stuck into it. I shrug and say that I’ll wait and see how it all works.

At any rate, the research and making of the oars has brought out the books which enthused Big Boat Man in the first instance. It was no surprise when he came to me and said he had decided to build a St. Pierre flat bottom boat. He showed me pictures and videos of not only the seaman but their wives. Blogger Roger Barnes became his primary source of encouragement. My only concern when shown the videos is the loud sound of wind and things whipping in the wind while the bloggers are talking on camera. At least THIS time he has a drawn boat design and plans to guide his efforts.

So this St. Pierre scow is one which is so stable it is known for saving people when other rescue boats could not reach them. I vote YES for this boat project. It will have a cabin sans any mast step in the middle so that we can definitely sleep on it. BBM has dithered back and forth about whether an inboard or outboard motor would be best. Then, deciding on an outboard he researched whether it would be OK to change the design and move the motor closer to the back. I love BBM for asking my opinion, but all I can do is turn the questions back on him and assure him that I trust whatever decision he thinks is best. I know first hand the hours he spends on the internet at night beyond the daylight book searches.

What is it like living with someone who starts one project after another? Well, like I said, the wife gets up in the middle of the night. Two nights ago I was just climbing into bed when BBM yelled and threw his arm out as if he was protecting something. I laughed and asked whether he thought I was going to swamp his boat? He laughed too, and after a couple of moments when his heart calmed down he admitted that wasn’t the problem. He woke up as I climbed into bed, and thought I was going to ruin his next cut in the wood! That’s why the arm went out to ward me away.

This is going to be an interesting six months while this boat is being built.